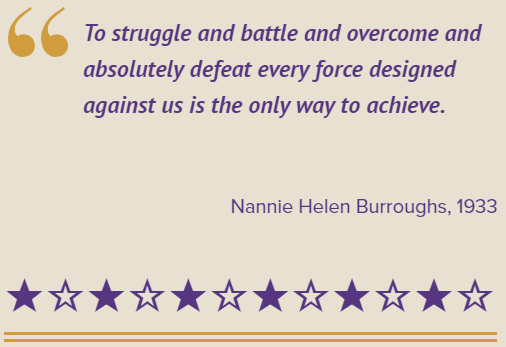 Lifting as We Climb 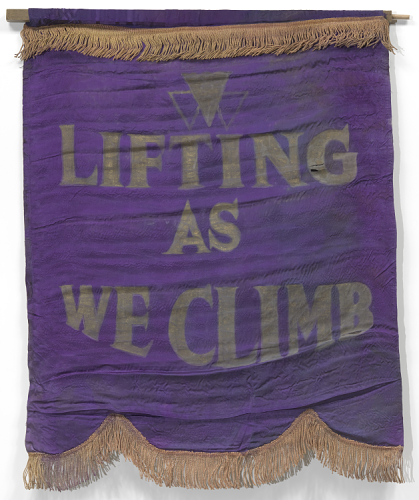 Banner with Motto of National Association of Colored Women, c. 1924 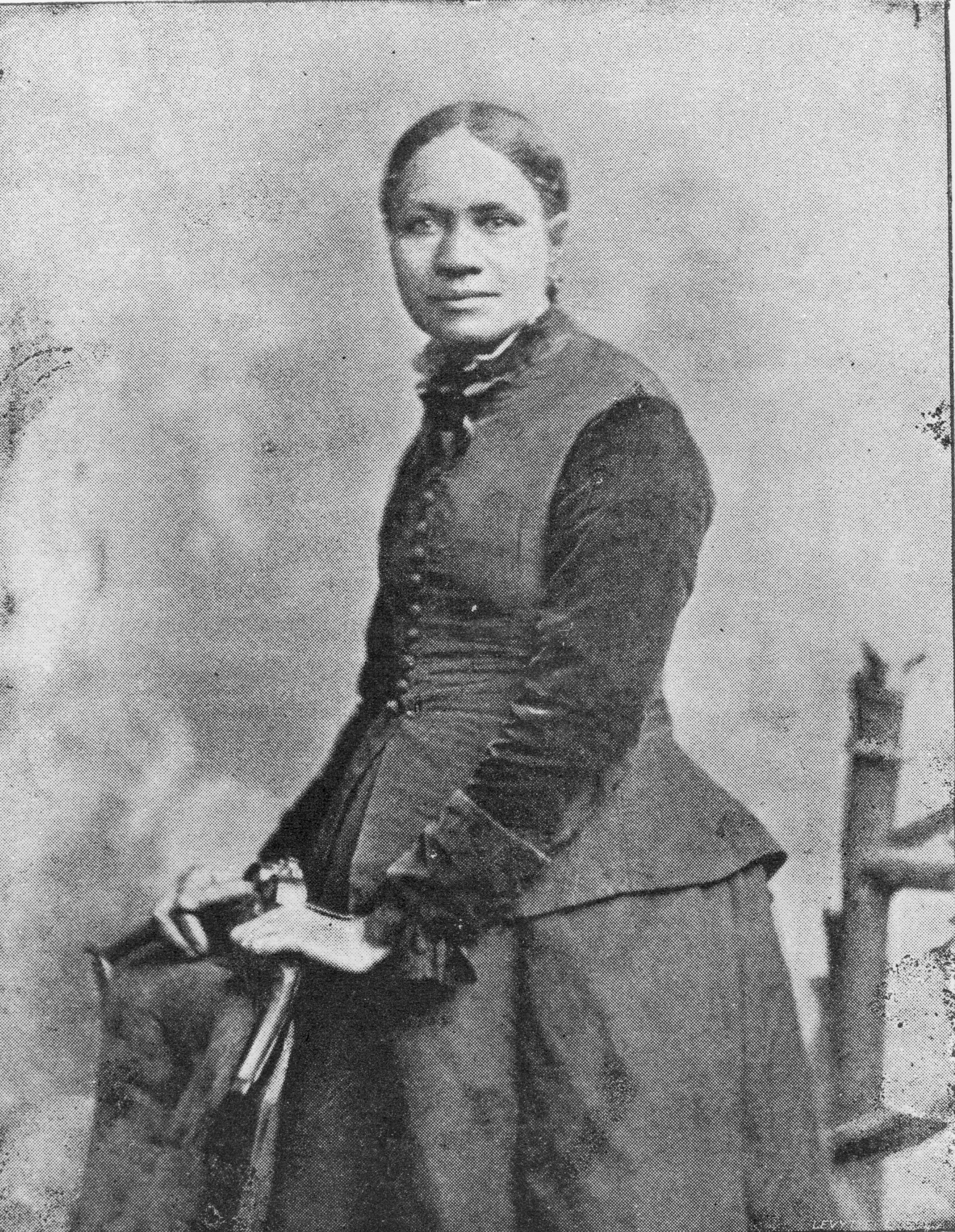 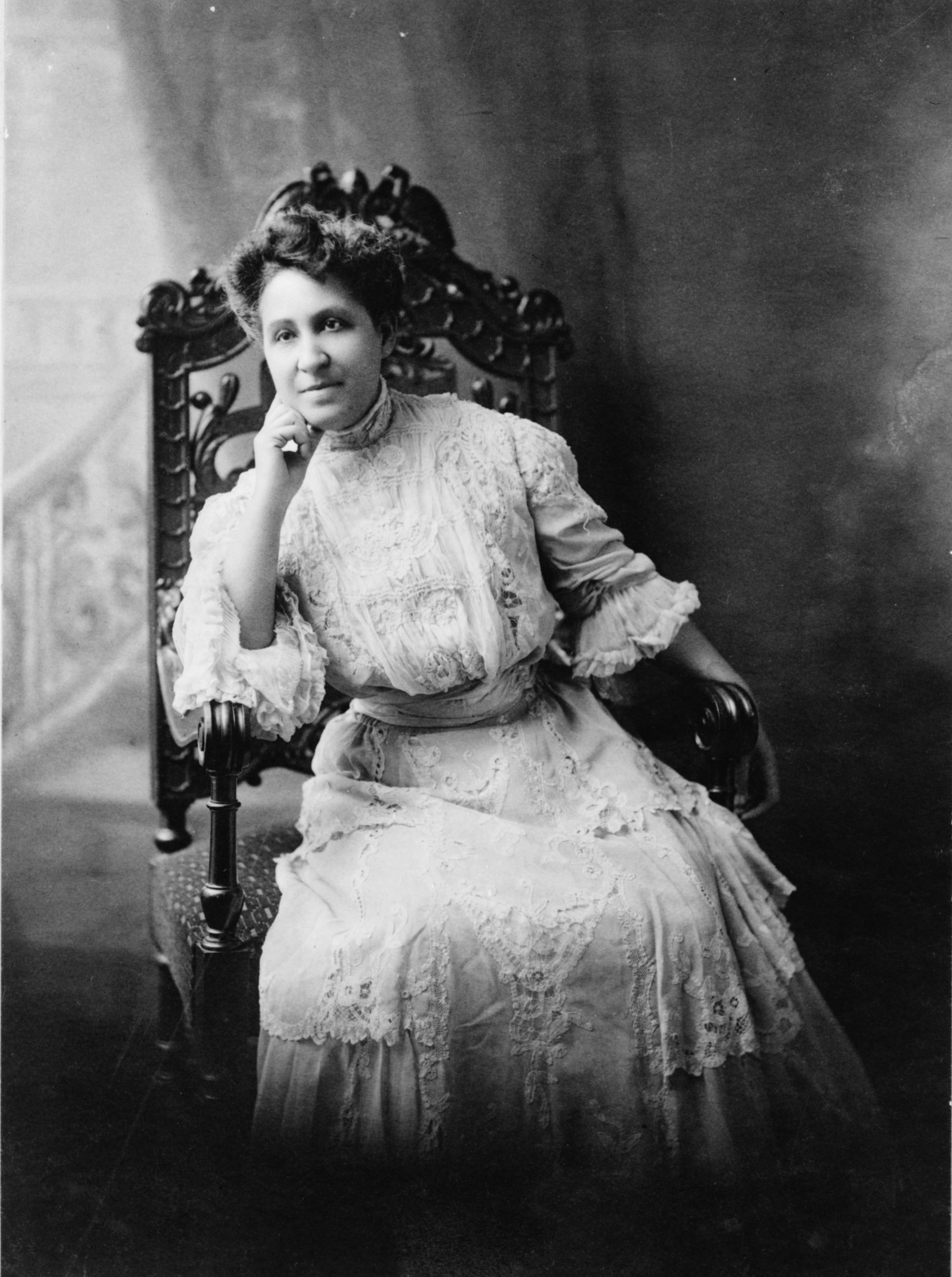 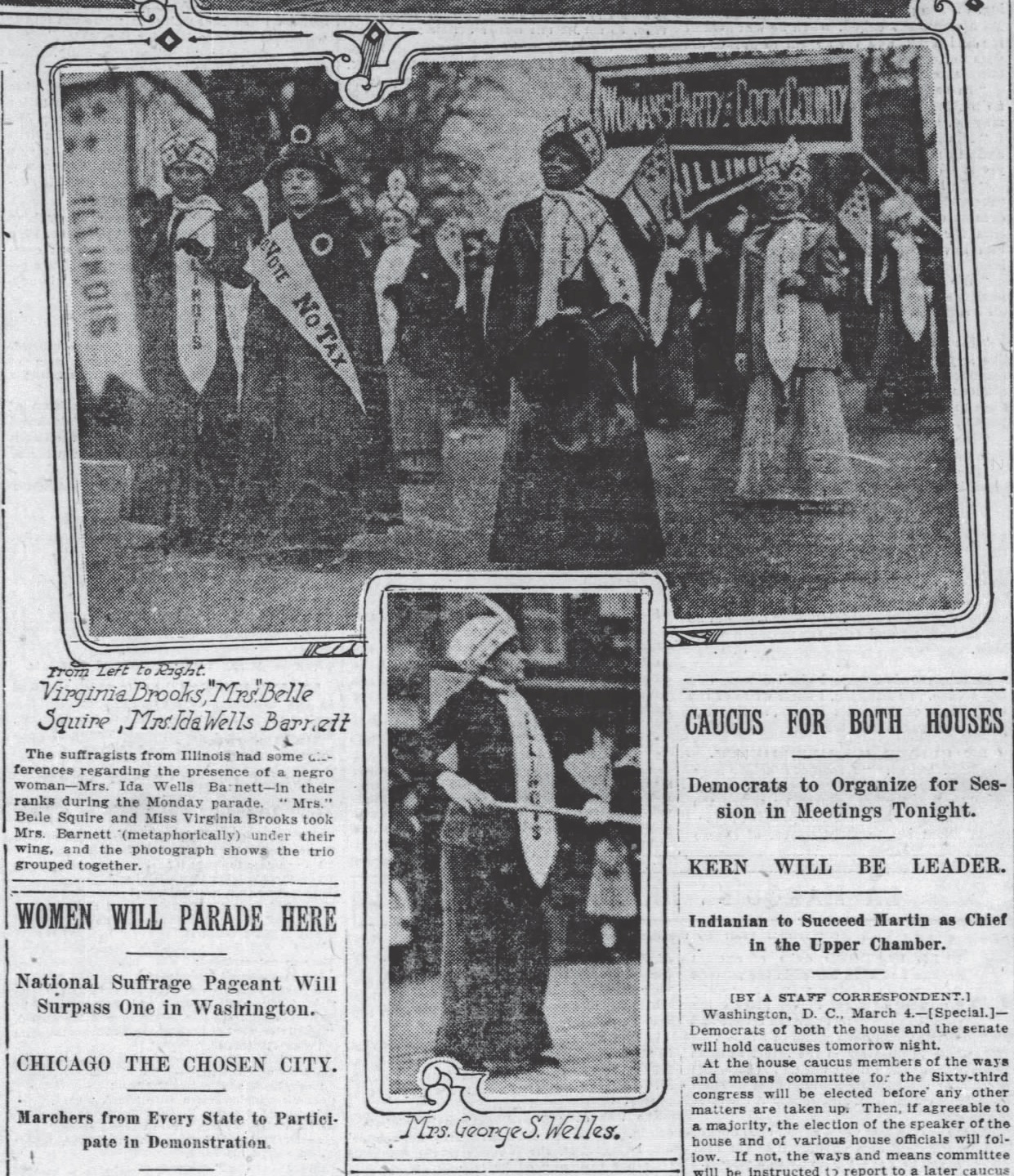 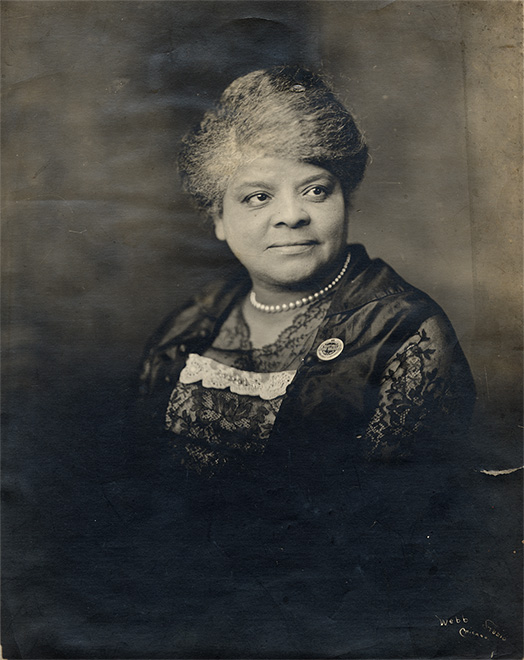 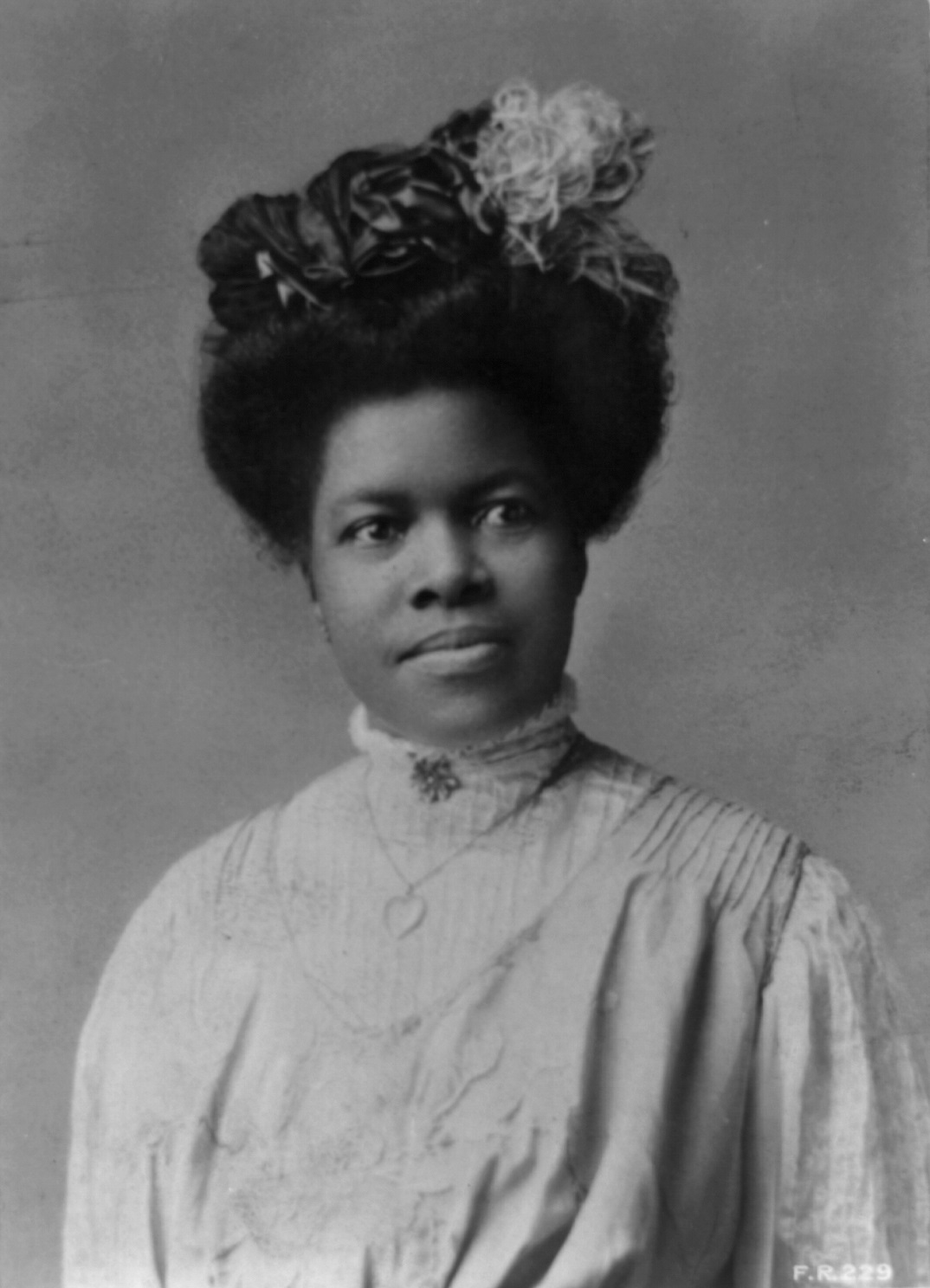 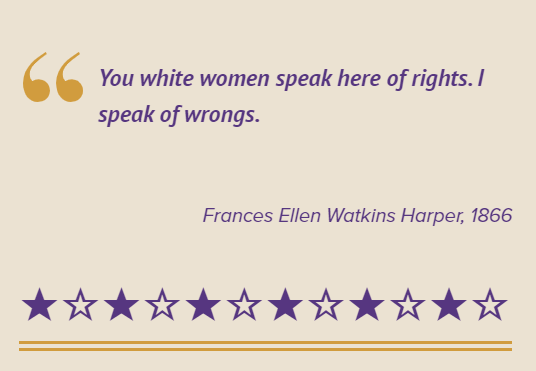 Despite the original connections between the suffrage and abolitionist movements, participation in national organizations including the predominantly white National American Woman Suffrage Association and National Woman's Party, was difficult for African American suffragists due to racism.

Many African American supporters, including Frederick Douglass, broke away from these organizations because certain leaders' refusal to support the 15th Amendment, which granted all men, but not women, the right to vote regardless of "race, color, or previous condition of servitude."

Seeking to engage in more activism, African American suffragists instead established their own organizations to encourage women of color to participate in politics and the electoral process.  Although many o these groups began locally, in 1896 Mary Church Terrell, Ida B. Wells-Barnett, Frances Ellen Watkins Harper, Nannie Helen Boroughs, Harriet Tubman, and others met in Washington, D.C. to form the  National Association of Colored Women (NACW) (later known as the National Association of Colored Women's Clubs.)  later known as the National Association of Colored Women’s Clubs  which brought more than 100 local clubs.  Mary Church Terrell was chosen as first president of the NACW.  Under her leadership, the organization's focus and motto was "Lifting as We Climb," which represented their advocacy in both support of women's suffrage but also the desire to improve the status of African Americans and the quest to remove discriminatory voting restrictions such as literacy tests and poll taxes.

Racism persisted in other national suffrage organizations, leading to segregated protest and parades. In 1913, at the first national parade in support of women's suffrage in Washington, D.C., white leaders requested that African American marchers, including the NACW contingent, remain segregated at the back of the parade. Ida B. Wells-Barnett,founder of the Alpha Suffrage Club of Chicago and crusading journalist and leader in both the suffrage and anti-lynching movements refused to do so.  Instead, she stepped out of the crowd to march at the head of the all-white delegation from Illinois.

Recent scholarship has uncovered histories of African American women's role in the suffrage movement, but the contributions of all women of color are only beginning to emerge. 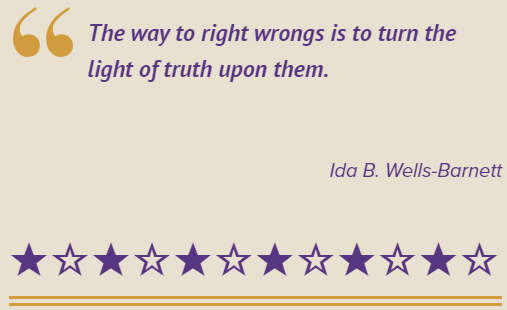