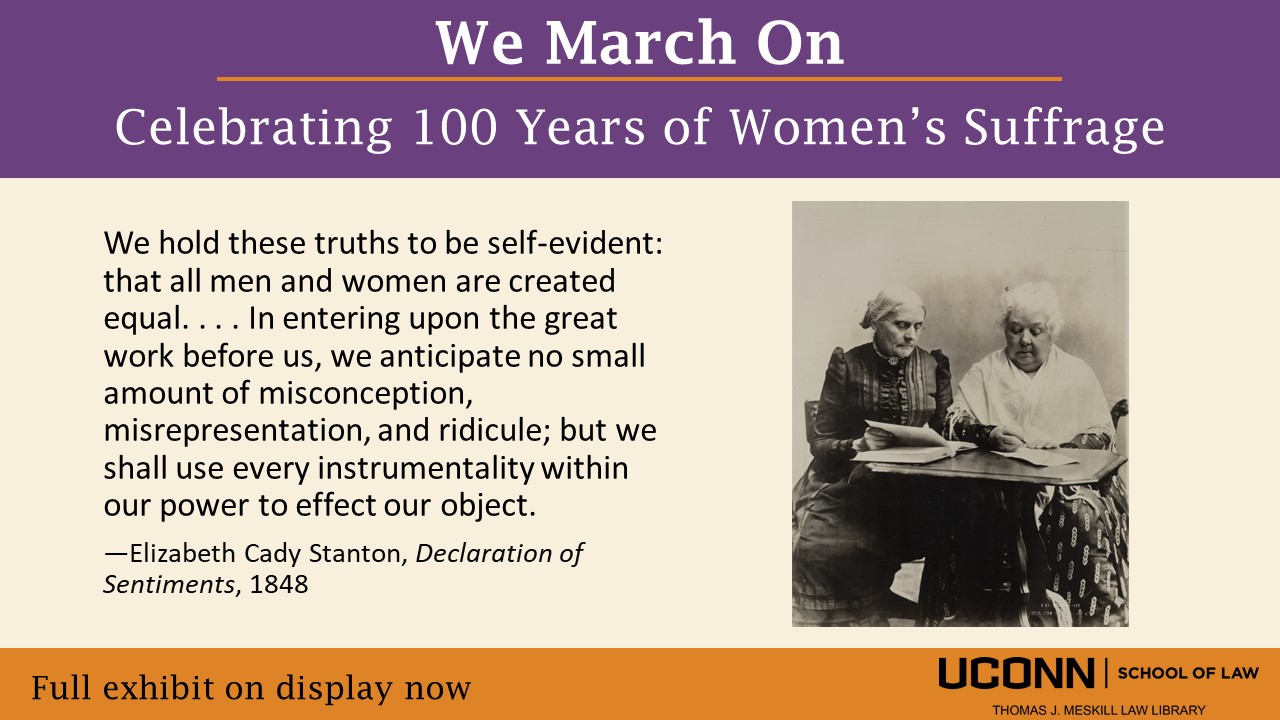 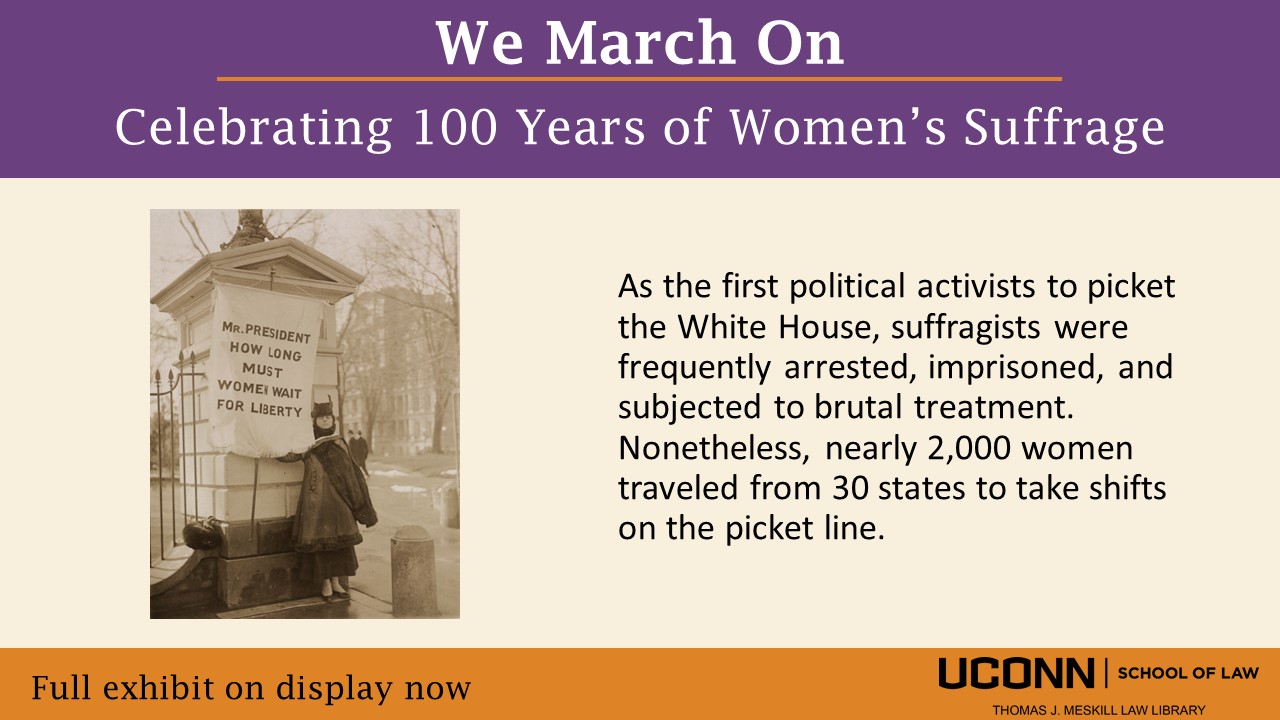 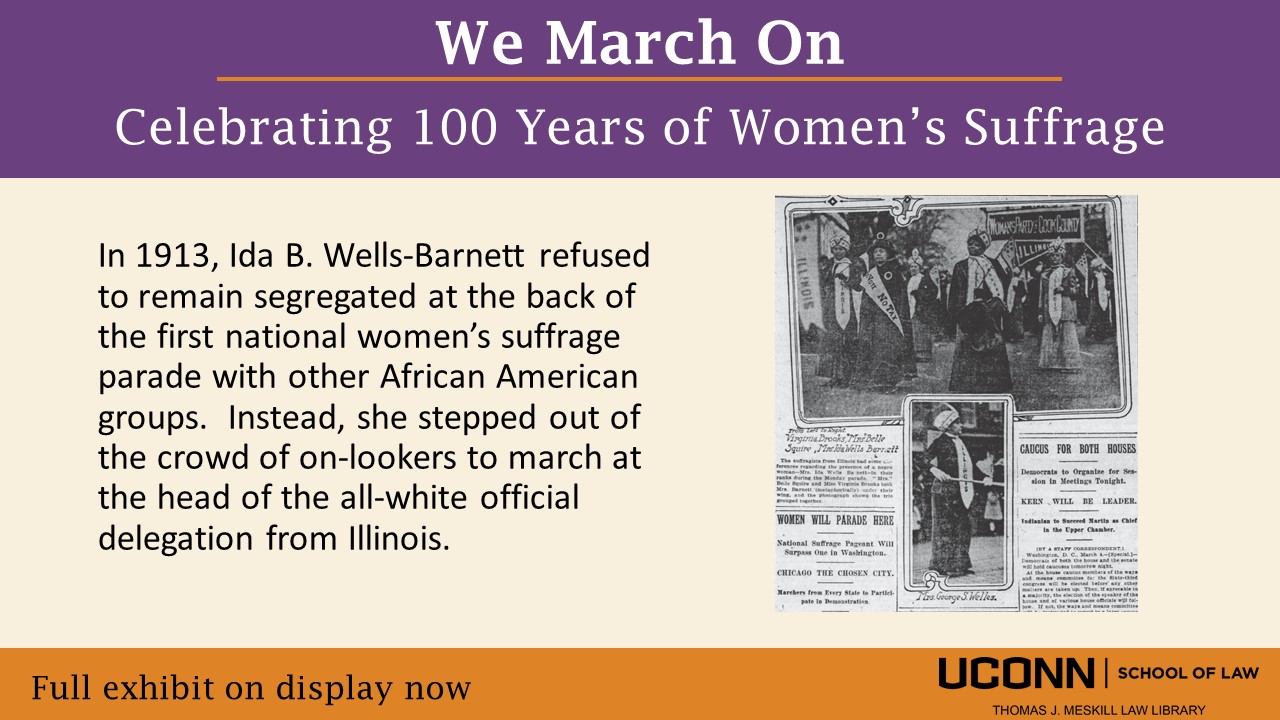 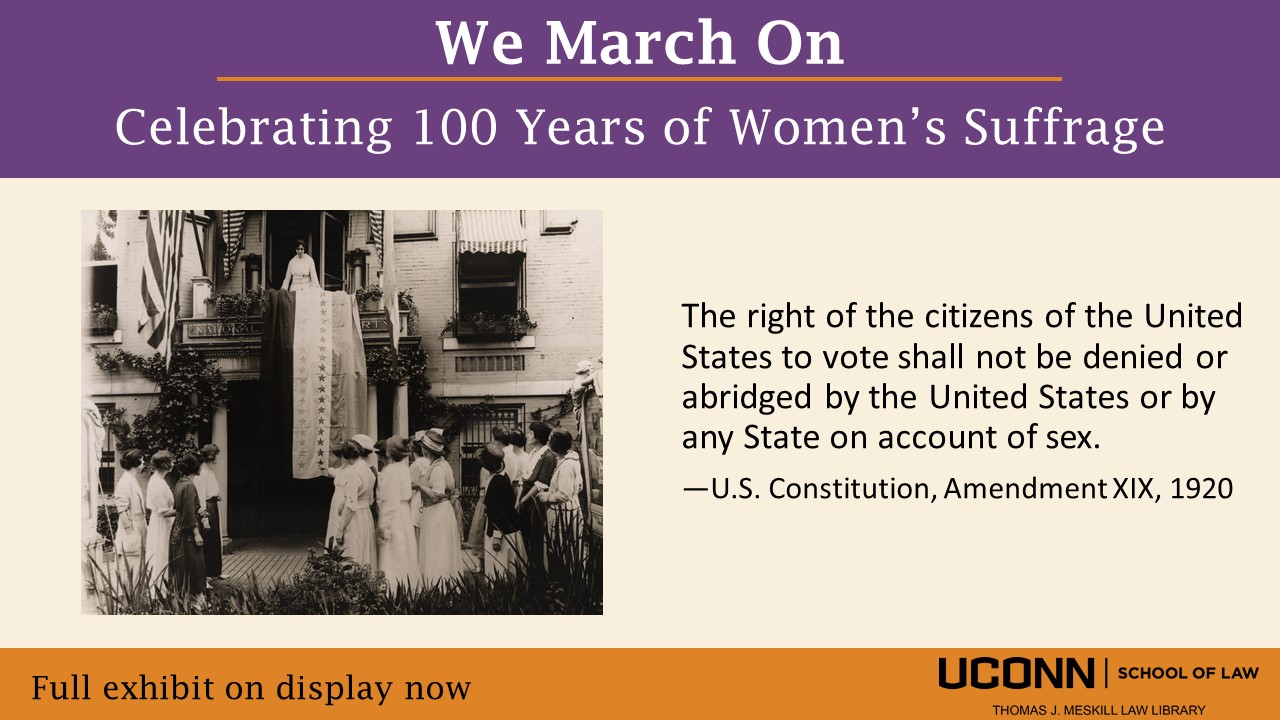 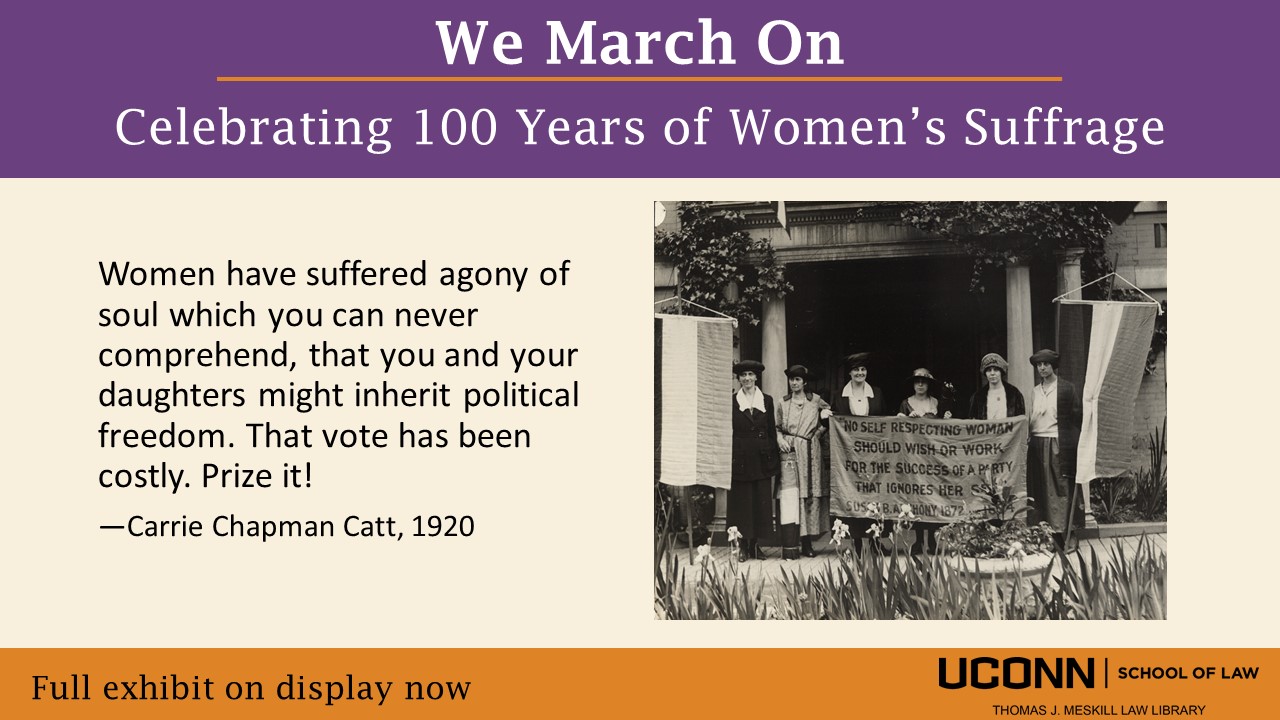 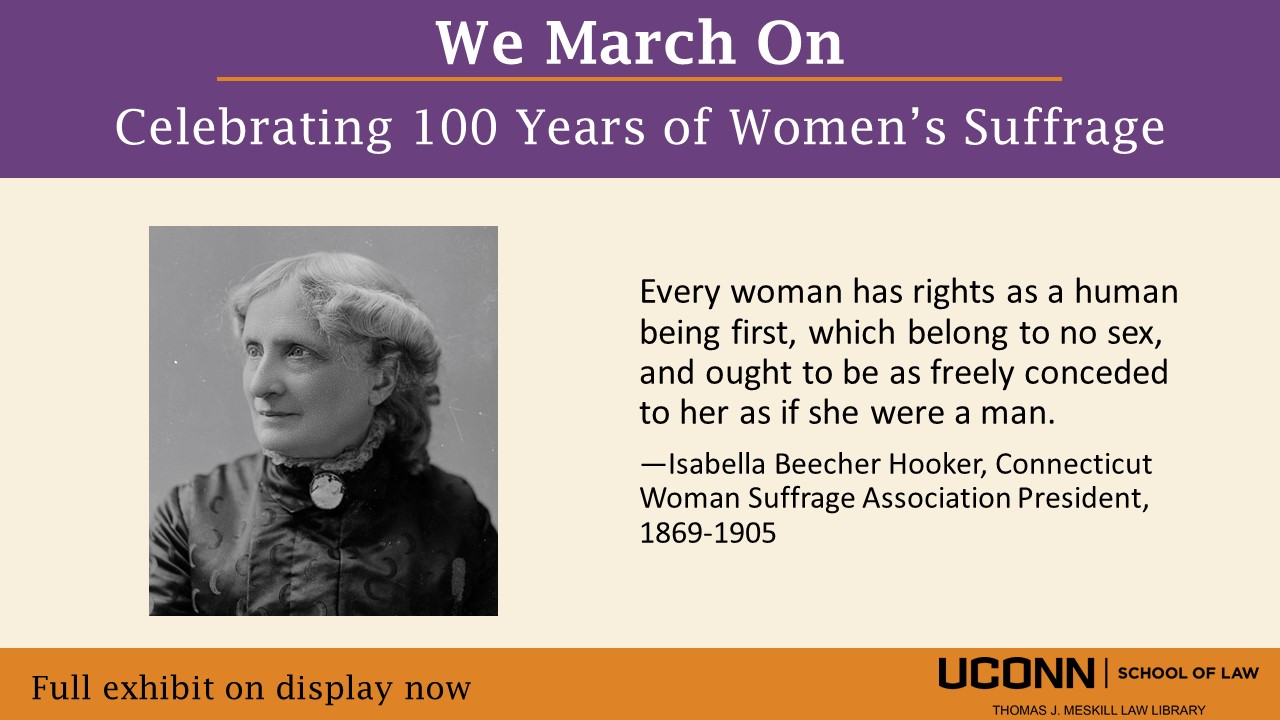 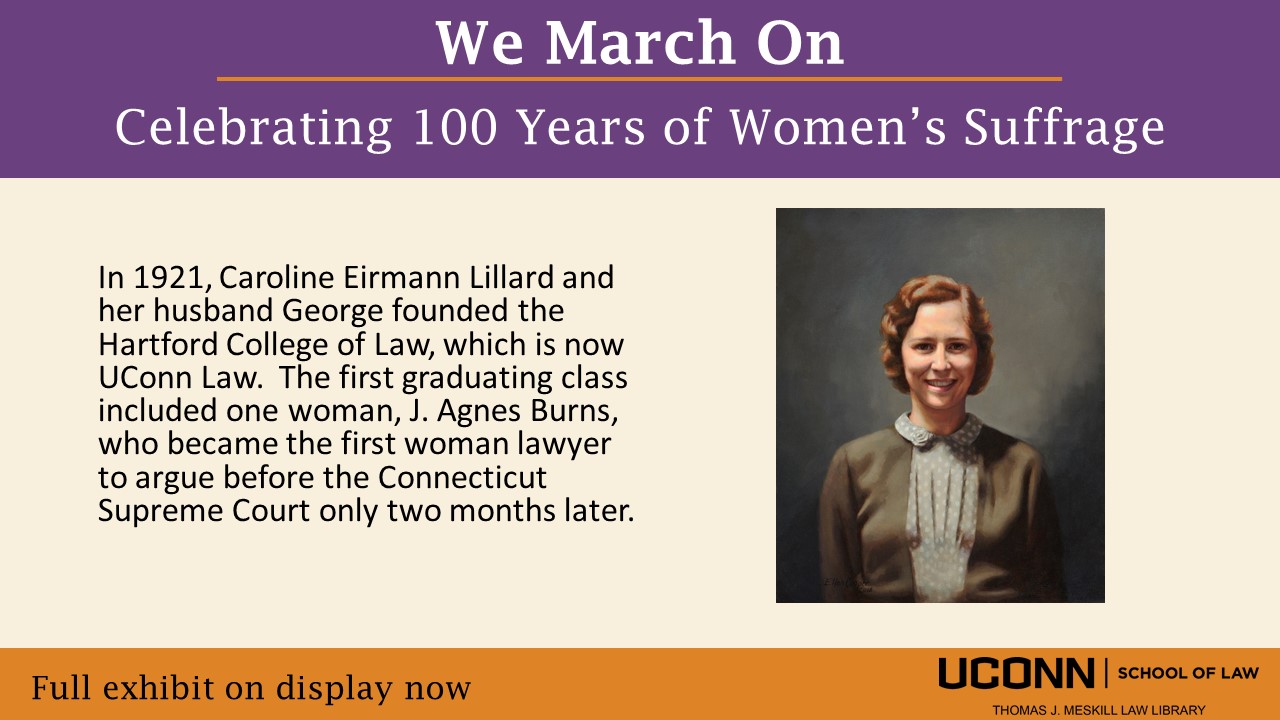 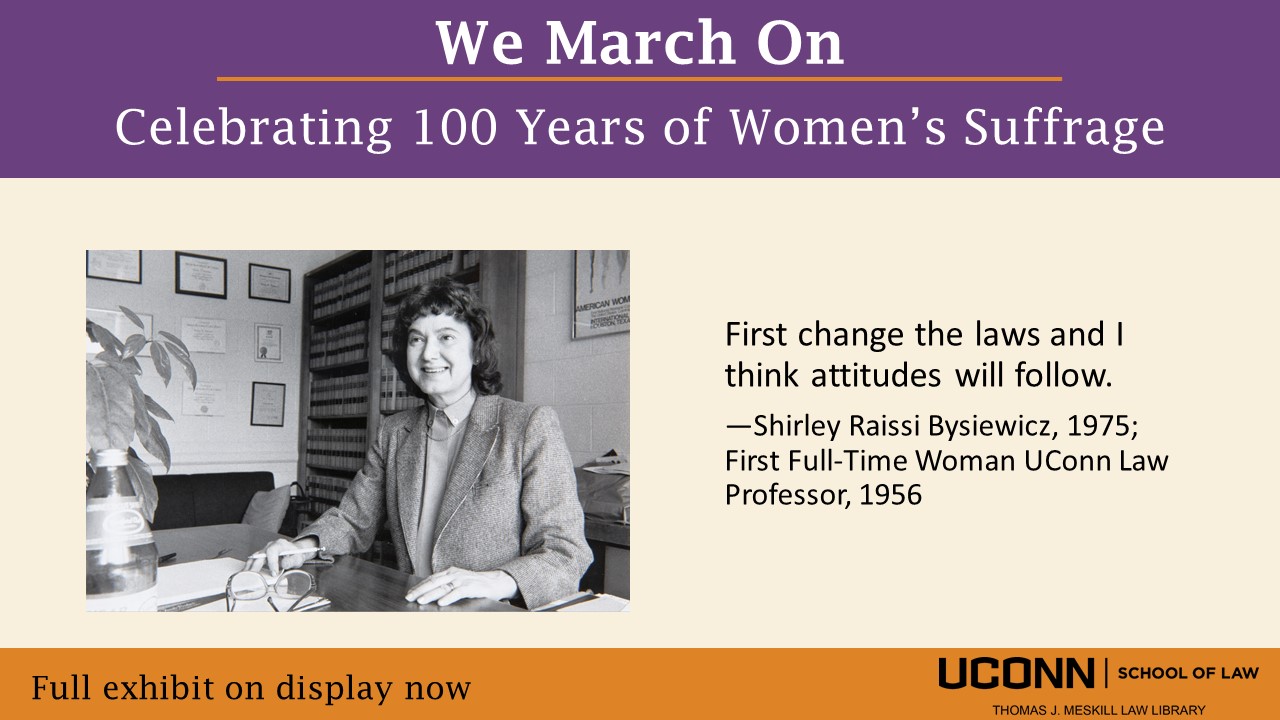 The participants in the campaign for women's voting rights were comprised of resolute women who planned, marched, addressed opponents, and picketed for more than seven decades.  Facing ostracization, mockery, prison, and strong opposition, these individuals exemplified the ideology that securing the vote for women was integral to achieving economic, political, and social equality.

The Nineteenth Amendment to the United States Constitution granted women the right to vote.  It was ratified on August 18, 1920, and the official proclamation was signed on August 26, 1920. The We March On - Celebrating 100 Years of Women's Suffrage exhibit commemorates the 100th anniversary of this achievement, features a historical narrative, recognizes the efforts of the suffrage movement in Connecticut, and showcases contributions to women's equality by women at UConn School of Law. 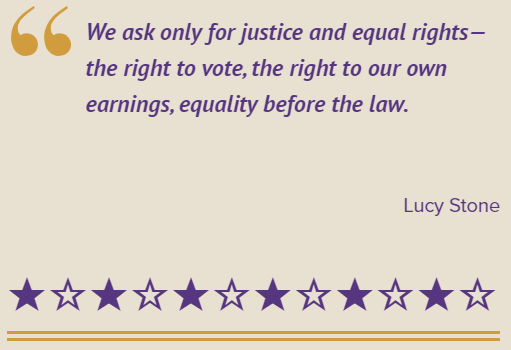