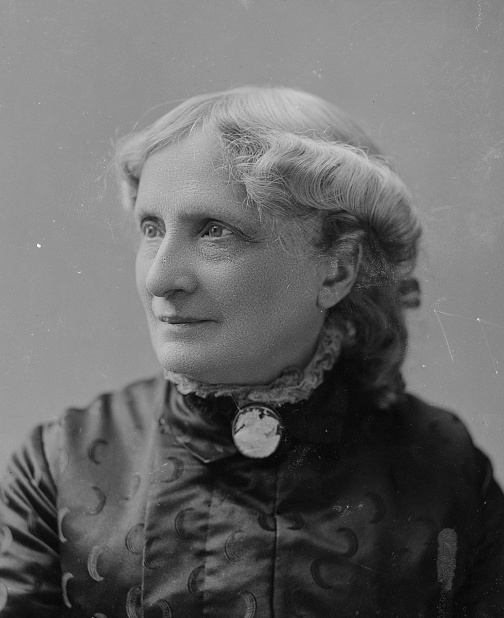 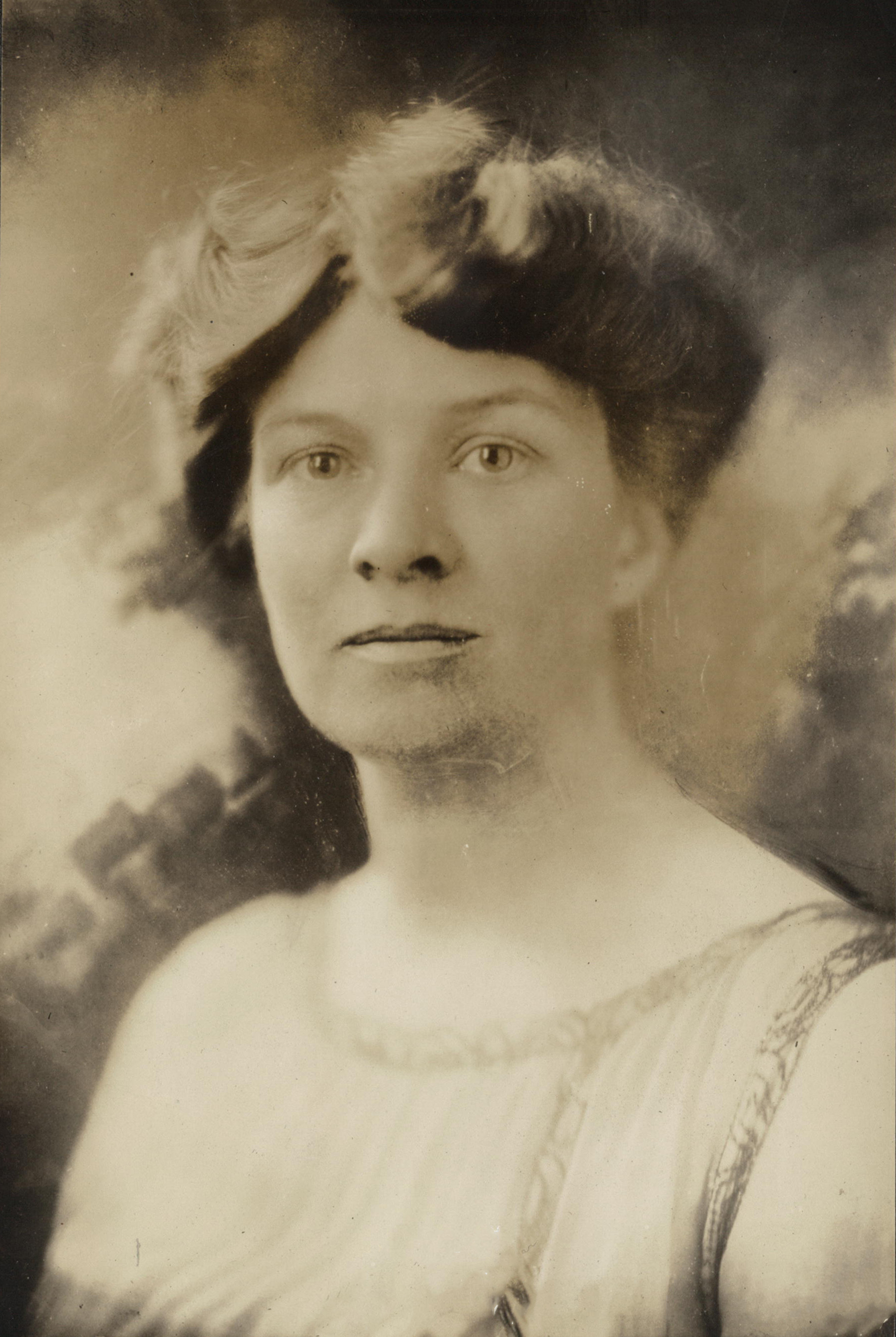 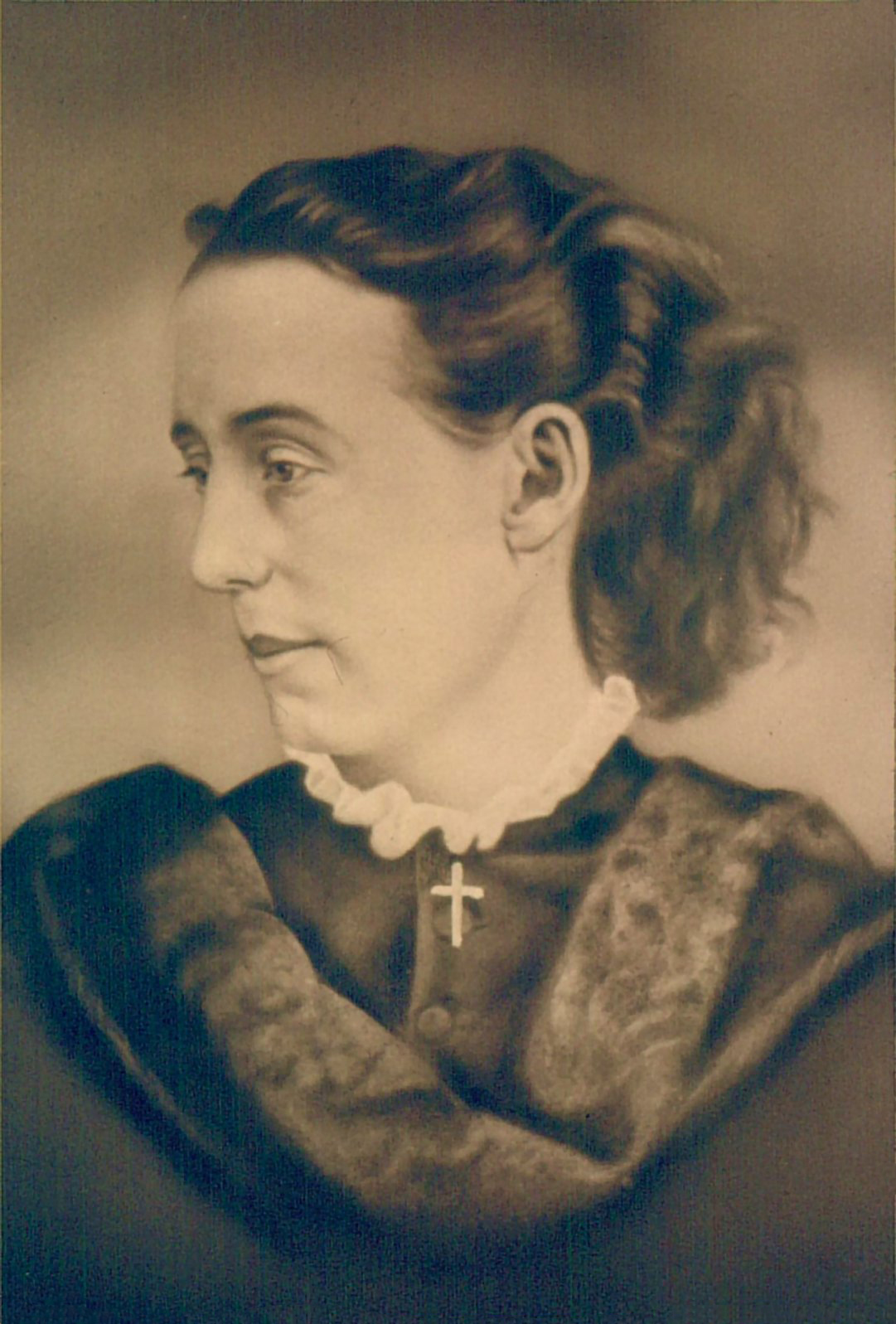 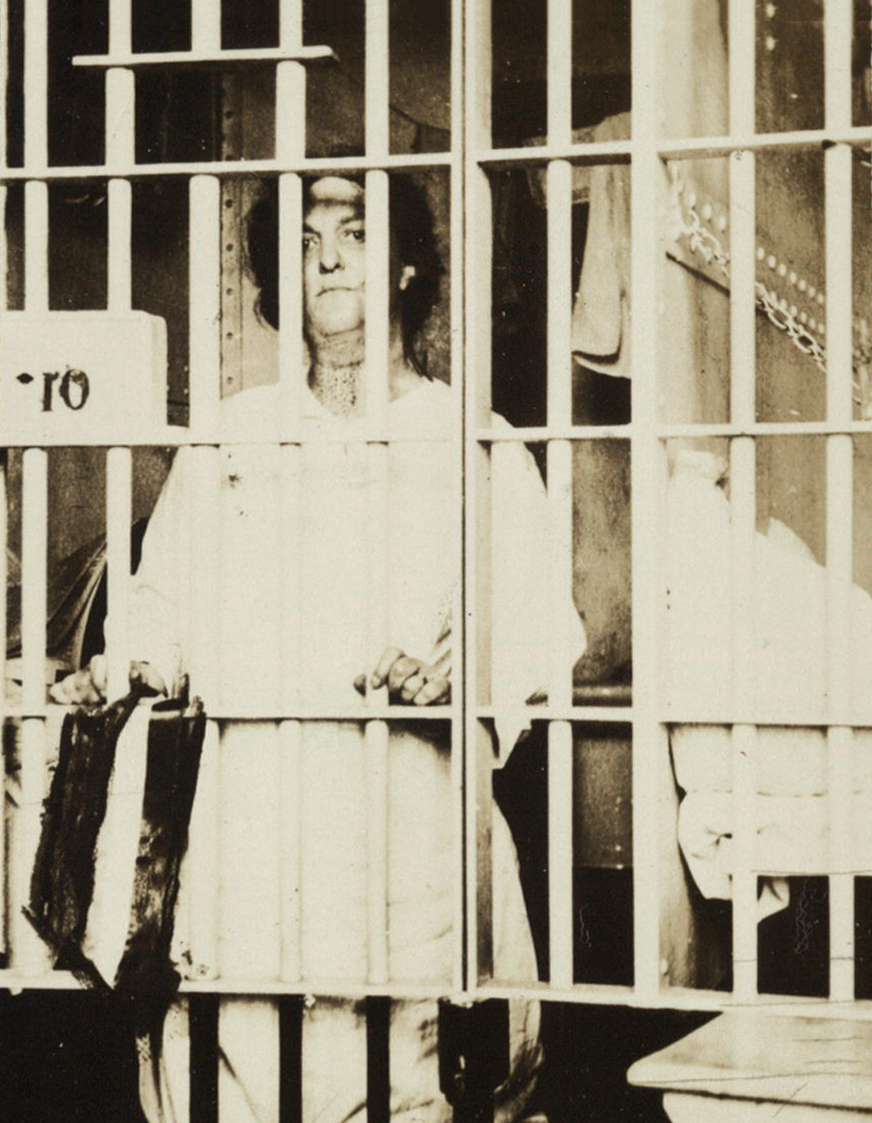 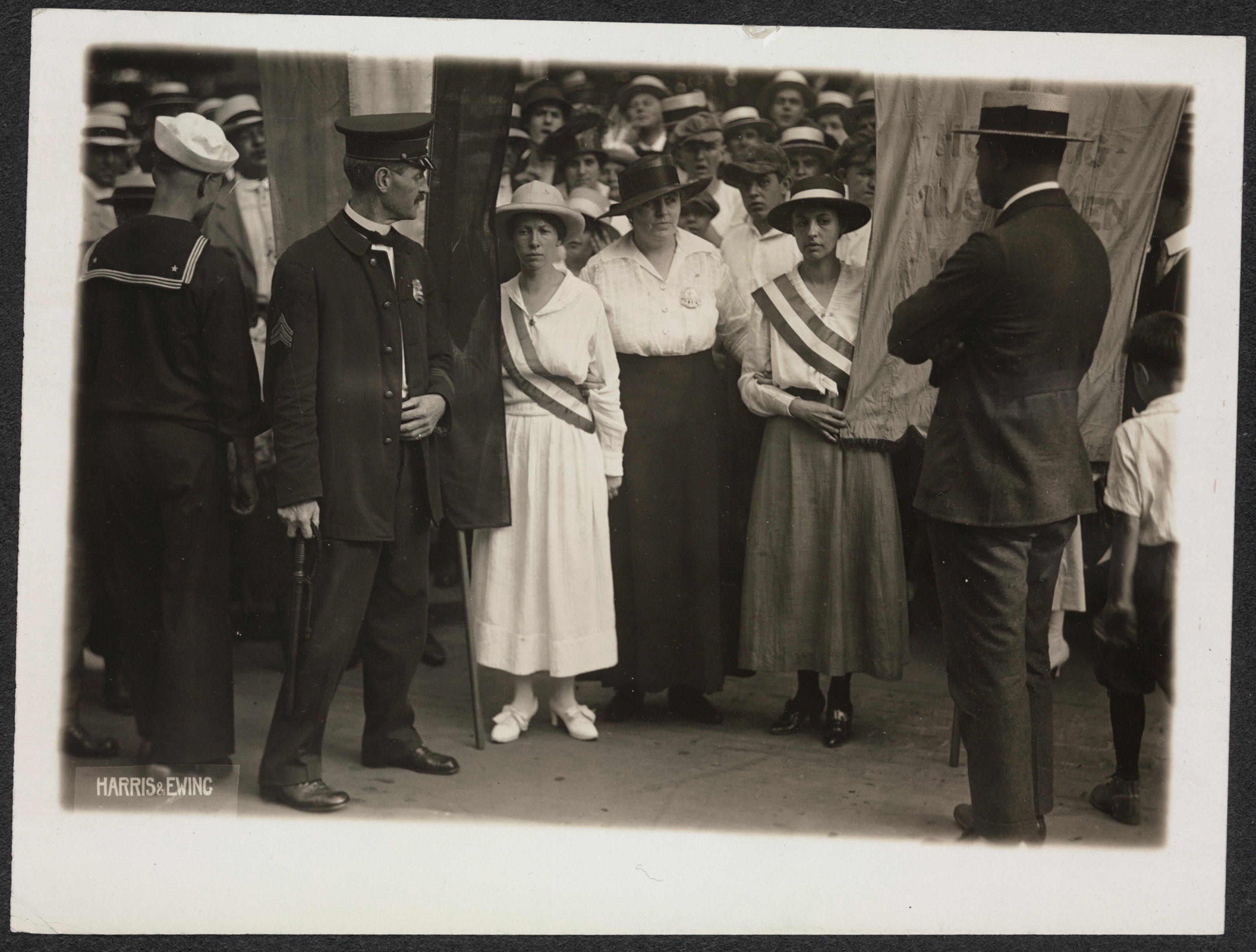 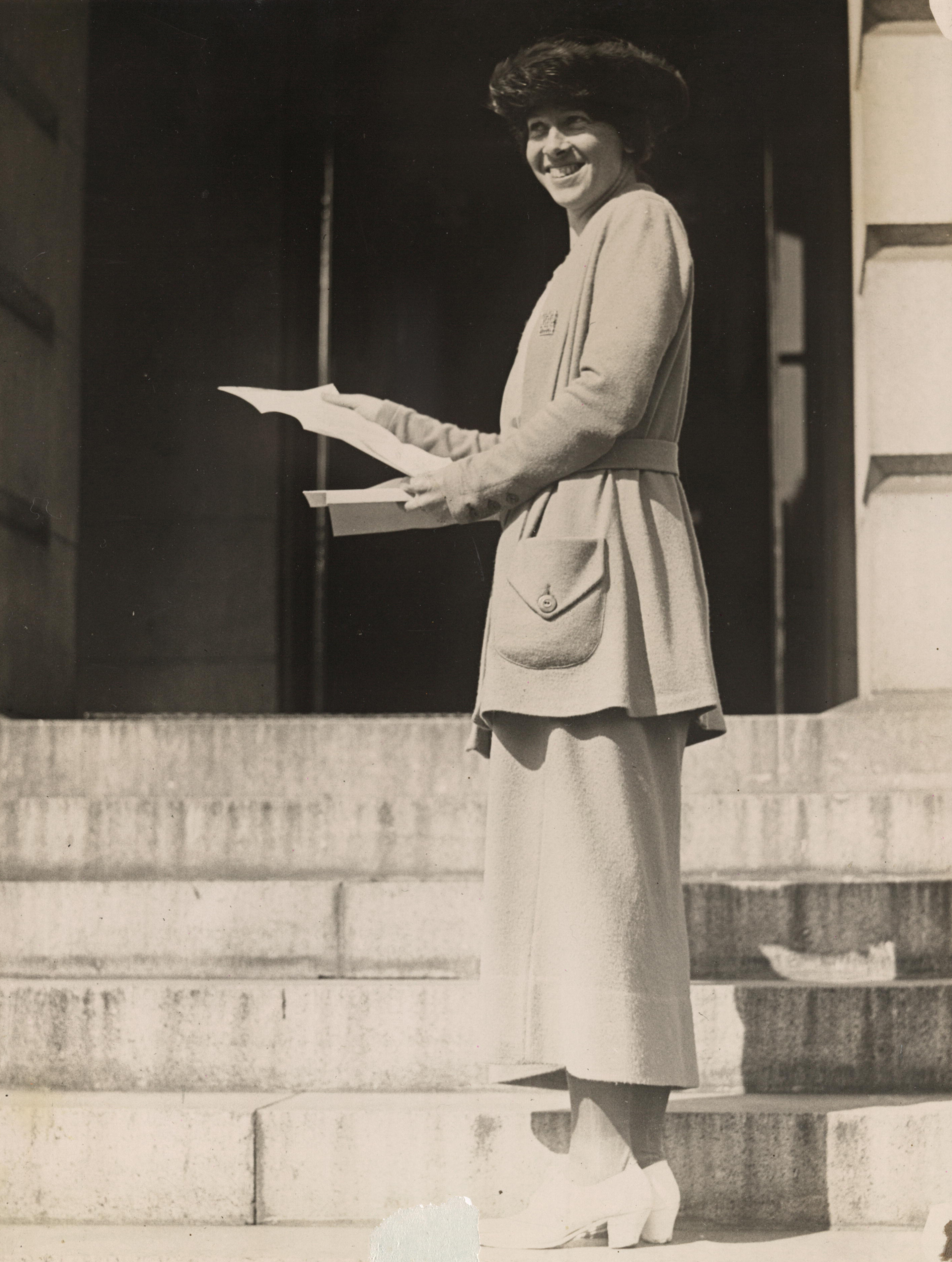 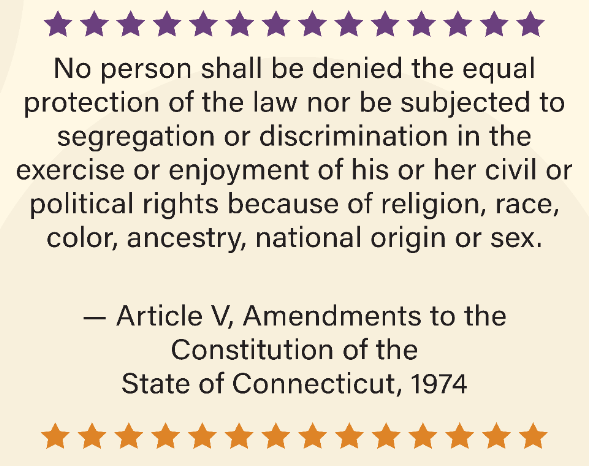 In 1972, Connecticut was one of over thirty states that voted to ratify the Equal Rights Amendment as passed by Congress, which expressly prohibited discrimination based on a person’s sex.  The federal E.R.A would have become the 27th Amendment to the U.S. Constitution upon ratification by 3/4 of the states in the Union, but it ultimately failed to gain the support it needed to reach that threshold.  Two years later, local activists in Connecticut  proposed a state Equal Rights Amendment in that would explicitly include “sex” as a protected class under the Connecticut State Constitution. The voters of Connecticut overwhelmingly voted in favor of the amendment on Election Day, passing the measure 77% to 22%.

A few weeks later, on November 27, 1974, the General Assembly formally adopted the state’s Equal Rights Amendment. Since that date, the Equal Protection clause now reads: “No person shall be denied the equal protection of the law nor be subjected to segregation or discrimination in the exercise or enjoyment of his or her civil or political rights because of religion, race, color, ancestry, national origin or sex.”  View the compiled legislative history for Connecticut Resolution here. 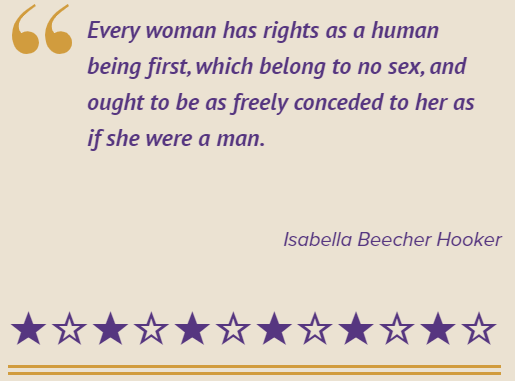