Implicit Bias in the Law 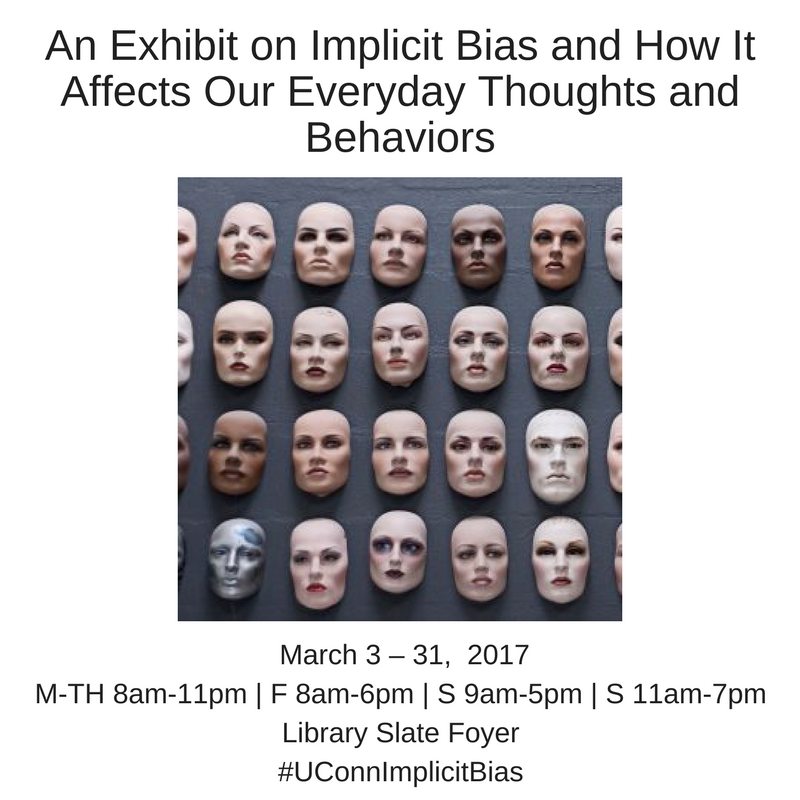 What is Implicit Bias?

Actual Bias - Genuine prejudice that a judge, juror, witness, or other person has against some person or relevant subject.

Advocate's Bias - The bias that attorneys often develop in favor of a client involved in a dispute and that may potentially cause such missteps as overlooking certain arguments or misjudging the way facts or legal precedents may appear to a dispassionate observer.

Implied Bias (or Presumed Bias) - Bias, as of a juror, that the law conclusively presumes because of kinship or some other incurably close relationship; prejudice that is inferred from the experiences or relationships of a judge, juror, witness, or other person.

Inferable Bias - A prospective juror's bias that does not rise to the level of an implied bias — because, for example, no blood relationship or other clear basis for an improper predilection exists — but that is known to exist because the prospective juror has disclosed a fact that bespeaks a possibility of partiality great enough to warrant a meritorious challenge for cause.

Judicial Bias - A judge's bias toward one or more of the parties to a case over which the judge presides. • Judicial bias is usu. not enough to disqualify a judge from presiding over a case unless the judge's bias is personal or based on some extrajudicial reason.

Interestingly, Black's Law Dictionary does not have a definition for implicit bias.  The rest of this guide explores how the law has interpreted, applied, and defined implicit bias and some of the other terms used in the law such as "unintentional discrimination," "cognitive bias," and "unconscious racism."

The Implicit Association Test, developed by researchers at Project Implicit, "measures attitudes and beliefs that people may be unwilling or unable to report" by looking at "the strength of associations between concepts (e.g., black people, gay people) and evaluations (e.g., good, bad) or stereotypes (e.g., athletic, clumsy)."  A number of tests have been created to assess implicit biases regarding race, disability, sexuality, and other areas, and they can be taken online.

Only two states, California and Illinois, use the term "implicit bias" in their statutes.  Both are related to required training for law enforcement.

California's law, Cal. Penal Code § 13519.4 outlines the standards and training of law enforcement that is required of the Commission on Peace Officers.  The statute requires the curriculum to include and examine "evidence-based patterns, practices, and protocols that make up racial or identity profiling, including implicit bias."

The law additionally states that course instruction shall include the consideration of the "Negative impact of intentional and implicit biases, prejudices, and stereotyping on effective law enforcement, including examination of how historical perceptions of discriminatory enforcement practices have harmed police-community relations and contributed to injury, death, disparities in arrest detention and incarceration rights, and wrongful convictions."

Similarly, in Illinois' law, 50 ILCS 705/7, the term "implicit bias" appears under the Illinois Police Training Act and is used to outline the curriculum of schools that train police officers.  Among a number of other subjects, the schools shall include "cultural competency, including implicit bias and racial and ethnic sensitivity."

A Selection of Notable Cases

In most anti-discrimination cases, the plaintiff has the burden of proving the defendant acted with a purpose to discriminate, essentially eliminating an implicit bias claim.

In the 1976 opinion of Washington v. Davis, the Supreme Court held that the Equal Protection Clause of the 14th Amendment prohibits only those actions taken with a discriminatory purpose, not those that focus solely on the racially differential impact.  This case concerned the disparate impact of a literacy test that was widely used by the federal government that had a significantly higher failure rate for black applicants than white or other applicants.  The test was found to be constitutional even though the results had not been tied to the actual job performance.

A number of other cases before the Supreme Court had a similar outcome, such as Village of Arlington Heights v. Metropolitan Housing Development Corp. (1977), Personnel Administrator of Massachusetts v. Feeney (1979), and McCleskey v. Kemp (1987), where the court found no "purposeful discrimination" in Georgia's capital sentencing process.

The ruling in Davis sparked a great deal of literature and discussion, but much credit is given to Charles R. Lawrence, III, Linda Hamilton Krieger, others for bringing their psychological work and introducing unintentional discrimination to legal scholars in the late 1980s.  UConn Law was honored to have Professor Lawrence as keynote speaker for the 2008 Connecticut Law Review Symposium titled: Unconscious Discrimination Twenty Years Later: Application and Evolution.

In 1996, the Supreme Court again touched on the subject of implicit bias in Whren v. U.S.  The unanimous decision holds that, "“[s]ubjective intentions play no role in ordinary probable-cause Fourth Amendment analysis." (Whren, 517 U.S. at 813.)

What has become known as the Intent Doctrine, now has a high evidentiary standard that essentially prohibits equal protection claims of discrimination.  As Sarine writes, "[p]ursuant to the Intent Doctrine, the Court has insisted that a “blameworthy perpetrator be found before the existence of racial discrimination can be acknowledged.” This approach is problematic because it ignores the  existence of implicit bias and its role in perpetuating both individual and systemic discrimination." 5